You are here: Home Dopamine

First we have to understand how the brain communicates the internal trigger and how it controls the choice of whether to have or not have a cigarette.

Sam is a smoker. So let’s imagine for a moment that Sam’s brain is an office and we will take a look at how the communication works inside with regard to cravings. 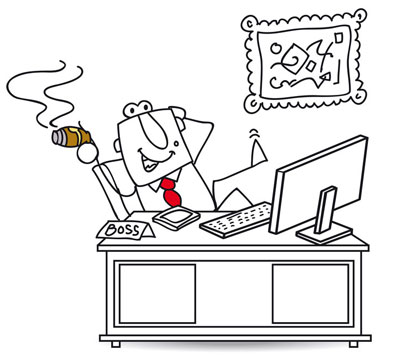 Sam is the Chief Executive Officer and is responsible for the company’s success.

The Secretary is responsible for weighting up the pros and cons and for letting the Chief Executive know what the right decision is.

The Head of Security is responsible for protecting the organisation and maintaining the status quo.

The Internal Security Guard is responsible for looking out for anything abnormal.

The Archives hold all the company’s records including the policies and procedures from over the years. 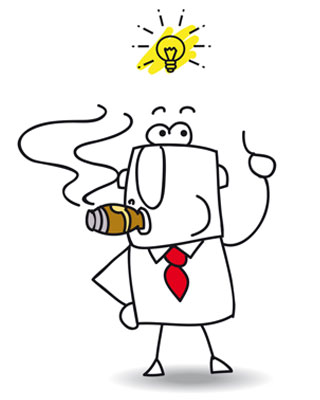 Sam is a smoker.  So let’s imagine for a moment that Sam’s brain is an office and we will take a look at how the communication works inside with regard to cravings. 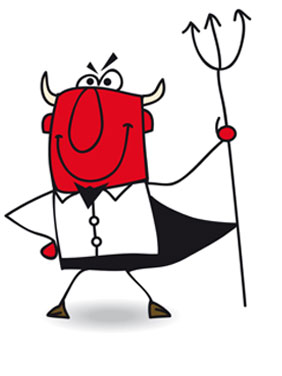 Sam hasn’t had a cigarette for two hours and the internal security guard has noticed that the nicotine levels have plummeted.  He gets on the radio to the Head of Security and points out this drop and is wondering what to do.  In the meantime Sam becomes fidgety and begins to think about everything to do with cigarettes.

He really wants a cigarette.  But the Head of Security is on red alert because he has received a memo saying that on no account has Sam to smoke a cigarette but he knows he has to do this to get the nicotine levels back to normal.  His old list of things to do on occasions like this basically included, ok – smoke a cigarette!  So what has to happen now? 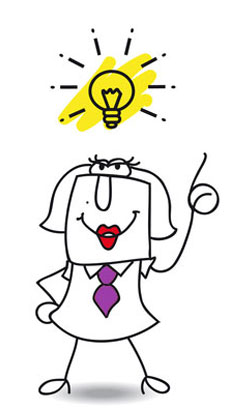 He is at a loss on what to do now so he asks the Company Secretary for advice.  She doesn’t know what to do either as this has never happened before.  Sam is saying one thing but we know how low the levels are becoming so what to do is to go to the archives and find out what the records say about what has been done in the past when nicotine levels drop. 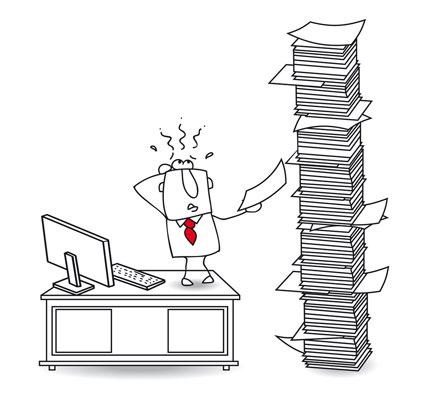 The Head of Security opens up the records and finds all the memories connected to cigarettes:-

Friendships, calming effect, looking sexy, helps celebrate, makes you feel good – the file is huge and is stuffed with lies. Knowing what smoking means to Sam the Company Secretary tells the Head of Security to pump dopamine (the “gotta have it” chemical) into the system and pump out loads to URGENTLY motivate Sam to have a cigarette because of these positive memories. At the same time she sends an “it’s ok” message to Sam and he has a cigarette and every time she repeats this message it becomes more urgent than before as more and more dopamine is being released into the system. Sam has the cigarette.

So what can be done to break the cycle?

Quite simply you can break that communication process and in so doing take the urgency out of the messages by keeping dopamine levels under control.

We can remind Sam that the meaning and purpose of cigarettes has changed and that there is something more important than smoking. This can override the whole communication process. We can also update the archives with the true consequence of smoking. Things like it’s making you ill, you stink, you can’t run anymore, you look terrible, you are coughing all the time, you are a terrible role model. This means there is no extra motivation to smoke and this results in the old craving being a little niggle that can be managed.

Provide reminders of what you hate about smoking and what you gain by stopping.

60% of smokers say they would find it hard to last a whole day without smoking.

22% of women and 27% of men are now ex-smokers. Surveys show that about two-thirds of current smokers would like to stop smoking. More than half (59%) of all adults report that they have never smoked.

There are about 10 million adults who smoke cigarettes in Great Britain: Among men smoking prevalence is highest in the 25-34 age group (32%). Among women, smoking is highest among 20-24 year olds (29%). In 1974, 51% of men and 41% of women smoked cigarettes – nearly half the adult population. Smoking rates are markedly higher among poorer people. In 2012, 14% of a… END_OF_DOCUMENT_TOKEN_TO_BE_REPLACED

Tobacco smoke contains over 4,000 chemical compounds, present as either gases or as tiny particles. These include carbon monoxide, arsenic, formaldehyde, cyanide, benzene, toluene and acrolein.

About half of all regular cigarette smokers will eventually be killed by their addiction. Every year, over 100,000 smokers in the UK die from smoking related causes. Smoking accounts for over one-third of respiratory deaths, over one-quarter of cancer deaths, and about one-seventh of cardiovascular disease deaths.